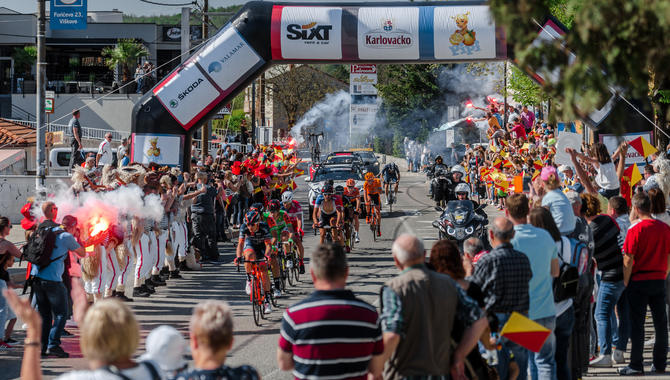 Everything is ready for the fifth consecutive edition of cycling race through Croatia which will be held under a new name this year – CRO Race and on another date from 1st to 6th October. Twenty famous teams from competition categories such as World Tour, Pro Continental and Continental already confirmed their participation so the audience can expect a handful of top sports excitement and famous names. This year Tim Mitchelton-Scott from Australia will be arriving to Croatia for the first time. We will also welcome again team Astana which started this year with numerous victories and is one of the main favorites for the red shirt in Croatia. Title defenders, the Bahrain Merida team who had two winners in the past four editions of the race will also be present as well as team CCC whose member Maciej Paterski won the first edition of the race in 2015 while the team was still registered in the Pro Continental rankings. With all mentioned, there will be many more surprises and new cyclists who will arrive to Croatia for the first time because the new race date offers them a great opportunity to catch points in the world standings and achieve better ending of the season.

The race starts on Tuesday, October 1st in Osijek. This stage will pass through Našice, Kutjevo, Pleternica, Velika, Požega, Pakrac and other places in Osijek-Baranja and Požega-Slavonia counties with a finish line in Lipik. Footage from the race will include three nature parks: Kopački rit, Papuk and Lonjsko polje. The next day cyclists leave from Slunj via national park Plitvice Lakes towards the nature park Velebit from which they descend into Zadar County and towards Zadar where several exciting circles on the peninsula and an attractive sprint along the city walls are expected again. The third day is ideal for the hikers who will start the path of Biokovo after the start in Okrug and then return to the finish line in Makarska. During this stage audience will see all the beauties of Split-Dalmatia County, especially Central Dalmatia and Makarska Riviera - Brela, Baška Voda, Tučepi and Podgora. The fourth day is misleading only on paper while even a little carelessness can cost leading cyclists of overall ranking on this dynamic track. The stage begins in Starigrad in Zadar County, then continues next to national park Paklenica and the old highway roads leads through the southwestern slopes of Velebit across Senj towards the Primorje-Gorski Kotar County with a finish line in Crikvenica. Last year, Rabac and Labin were such excellent hosts so they will continue this practice this year for the fifth stage which will start in Rabac with the ascent to Labin and then through Učka to Ičići, Opatija, Rijeka and Čavle. For this stage, the goal is set at Platak which is also the first time Platak will be included in the race. Two years ago, Vicenzo Nibali won the overall ranking by assuring points at the finish line in Sveta Nedelja so surely no one will underestimate the last stage which just appears easy. This year, Sveta Nedelja was chosen for the start after which cyclists will head to Zagreb, Velika Gorica, Dugo Selo, Vrbovec and Sveti Ivan Zelina and return to Zagreb through the eastern part of Zagreb County to the final finish line which will, same as previous years, be set at St. Mark square.

The most beautiful parts of Croatia, as well as fourteen national and nature parks, are included in the race again this year: nature park Kopački rit, nature park Papuk, nature park Lonjsko polje, national park Plitvice lakes, nature park Vransko jezero, nature park Biokovo, national park Krka, national park Paklenica, national park Northern Velebit, nature park Velebit, nature park Učka, national park Risnjak, nature park Žumberak - Samobor hills and nature park Medvednica. In this way, during the race itself and through the television broadcast of natural beauties, the most beautiful postcard of Croatia will be, once again, sent to the world. As previous years, the race will be broadcasted daily by Croatian National Television with ten hours of live TV broadcast and a total of three hours of highlights. Direct transmission will also be broadcasted on Eurosport, and TV broadcasts will be enabled, thanks to the collaboration with A.S.O. (Amaury Sport Organisation), to numerous television stations on 6 continents - Europe, North and South America, Asia, Africa and Australia – in as many as 190 countries of which some will broadcast live. New element this year is that the largest cycling online video site GCN will stream the program live for the US audience. In addition to that, the race will also be available at numerous flights of intercontinental airlines which provide sport programs to their passengers.

The organizer of the race is company Top Sport Events which has proven itself to be a successful organizer of the last four editions of the Tour of Croatia race, led by the respected Croatian former cyclist Vladimir Miholjević. "I would like to thank all state institutions, counties and cities, partners and sponsors for staying with us and supporting this project. I am also pleased to be surrounded by associates who have been with us since the first year. We are all even more motivated to show Croatia and the world that we are ready to host the event at such highly competitive level and that we are a country that strives for sports success and can amaze the entire world with its natural beauties and heritage”, said Miholjević.

The big news this year is the organization of the KIDS CRO Race. A total of seven locations (Osijek, Lipik, Zadar, Makarska, Crikvenica, Rijeka and Zagreb) will host smart home trainer devices which sync with each other and play a cycling race animation on a TV screen, transforming each trainer device into an animated figure. All trainer devices will have the same load protocol in place so the kids start a virtual cycling race at the same time as it is displayed on the screen and the audience can follow it and encourage the competitors. The protocol in smart home trainers ensures the same conditions for all competitors and allows access to results at all maintenance locations to ultimately declare the overall winner, who, like the winner of the real race, will receive an award at St. Mark's Square in Zagreb.

Since 2015, when the race was launched under the name of Tour of Croatia, this project received support by the highest level state institutions such as the Government of the Republic of Croatia, the Ministry of Tourism and the Ministry of Environmental Protection and Energy, The Environmental Protection and Energy Efficiency Fund, the Croatian National Tourist Board, the Central State Sports Office, Croatian Parks, City of Zagreb and many other cities and counties which host the start and finish or are passing cities of some of this year's stages. Numerous sponsors and partners are also involved. 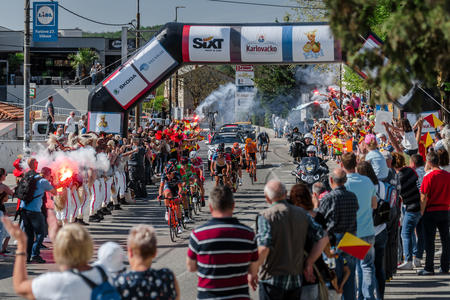 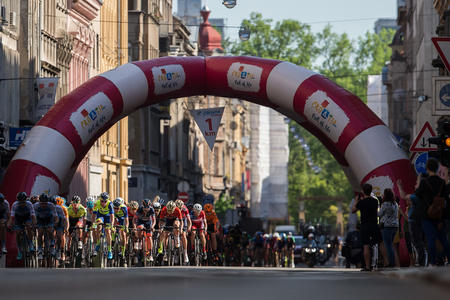 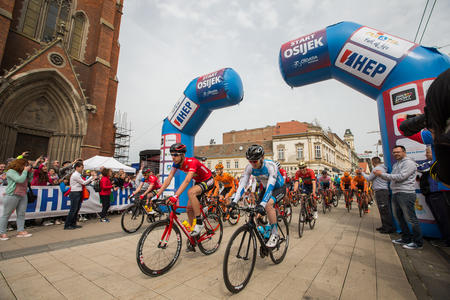 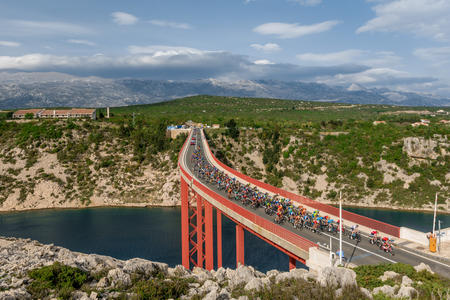 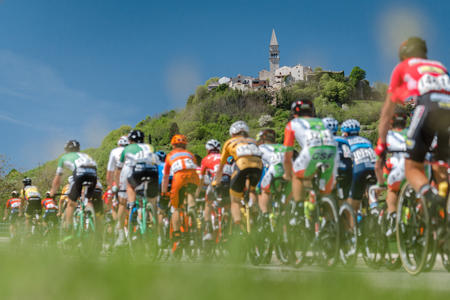